OUR SERVICES ARE FAST, FRIENDLY, KNOWLEDGEABLE AND, OF COURSE, AT NO EXTRA COSTS TO YOU
January 21, 2021

THE PASSION FOR WRITING

Are You Eligible for Affordable Healthcare Act Subsidies?

WHAT YOU NEED TO KNOW Beginning in 2014, many individuals and families will be eligible to receive financial assistance to reduce health insurance costs through the new Affordable Care Act if they are not eligible for Medicare, Medicaid or the Children’s Health Insurance Program and are not offered affordable coverage through their employer. Nearly 500,000 Coloradans are eligible for a new kind of tax credit to lower the cost of health insurance.

You may qualify for a break on your monthly premiums. You may also be eligible for health plans with lower co-pays and deductibles,
based on income.

You can no longer be denied health insurance, even if you have had a serious illness or a pre-existing condition. Open
enrollment is October 1, 2013 through March 31, 2014.

Limited Coverage health insurance plans have been around for a long time. According to a recent article by Kate Pickert in Time Magazine experts warn that the debut of the health care exchanges could create a prime moneymaking opportunity for these questionable products as well other, more illegal scammers.

There are two main types of potential snares for consumers: outright cons and insurance-like plans that give the impression of offering more coverage than they actually provide. Regulatory agencies are already on high alert for fraud. Both the Federal Trade Commission and the Better Business Bureau have posted warnings about Obamacare-related identity theft.

Some quasi-insurance products expected to proliferate come October are “discount medical plans,” which promise lower health care costs in exchange for a recurring fee. Many of these plans lure customers with language that implies comprehensive coverage, but the reality is far more limited.

Obamacare bans some forms of skimpy coverage, but with enforcement left to the states–some of which are less than enthusiastic about the law–don’t count on those misleading plans disappearing overnight. And, for those states not enforcing the Affordable Car Act at all?” 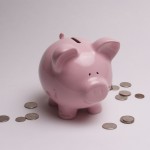 As you probably know by now, your health insurance premium will probably go up substantially next year when you are required to switch to an Affordable Care Act compliant policy or pay a fine to the IRS.

The younger you are the greater the negative impact will be on you.

There are ways to buy a plan this year that will be good through all of 2014. This will allow you to avoid the high cost Affordable Care Act policy premiums until 2015 and who know what changes might happen before then.
If you’d like to know more about these options, give me a call at 303-541-9533.

Health-Insurance Exchanges Are Falling Behind Schedule

Here is an article published recently in the Wall Street Journal that cites areas of concern for those of us who support the Affordable Care Act.
By LOUISE RADNOFSKY and SARAH E. NEEDLEMAN 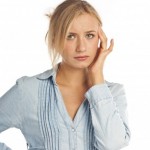 Government officials have missed several deadlines in setting up new health-insurance exchanges for small businesses and consumers—a key part of the federal health overhaul—and there is a risk they won’t be ready to open on time in October, Congress’s watchdog arm said.

The Government Accountability Office said federal and state health officials still have major work to complete, offering its most cautious comments to date about the Obama administration’s ability to bring the centerpiece of its signature law to fruition.

“Whether [the government’s] contingency planning will assure the timely and smooth implementation of the exchanges by October 2013 cannot yet be determined,” said the GAO in twin reports to be released Wednesday.

The 2010 Affordable Care Act created two exchanges, seeking to provide coverage for many Americans who now go without health insurance. President Barack Obama has said the exchanges will be ready on schedule in October, offering coverage to take effect Jan. 1, 2014, but he has cautioned that “glitches and bumps” are likely.

Around two million people are projected to receive insurance through the small business exchanges and seven million people will be enrolling in the individual insurance exchanges in 2014, according to the Congressional Budget Office.

The small-business exchanges in particular have had some early setbacks. The federal government said in April that contrary to initial plans, it wouldn’t allow workers in the first year to choose between a range of insurance options offered through employers. For the first year, companies will select one plan to offer to workers.

In some states, only one insurance carrier has expressed interest in the small-business exchange. In Washington state, officials have had to postpone the exchange altogether because they couldn’t find a carrier willing to offer small-business plans for all parts of the state.

Seventeen states are running their own small-business exchanges, with the federal Centers for Medicare and Medicaid Services carrying out the task on behalf of the remaining 33 states.

The GAO report on the small-business exchanges said officials still have big tasks to complete including reviewing plans that will be sold and training and certifying consumer aides who can help companies and individuals find plans.

It said that the 17 states running their own exchanges were late on an average of 44% of key activities that were originally scheduled to be completed by the end of March. “While interim deadlines missed thus far may not impact the establishment of exchanges, any additional missed deadlines closer to the start of enrollment could do so,” the report said.

The Obama administration has long said that it expects to be ready on Oct. 1. “We have already met key milestones and are on track to open the marketplace on time,” said Joanne Peters, a spokeswoman for the Department of Health and Human Services.

“This GAO report confirms our suspicions about the implementation of the health care law,” said Rep. Sam Graves (R., Mo.), chairman of the House Committee on Small Business. “With each passing day it appears the creation of the exchanges are very much in doubt.”

The administration has welcomed signs that the growth of health-care costs has tempered recently. Some economists believe that may be partly due to the new health law encouraging more cost-effective care. The Labor Department said Tuesday that its price index for medical care fell a seasonally adjusted 0.1% in May, the first monthly drop in almost four decades.

The administration and liberal groups are stepping up efforts to prepare people to enroll for coverage. For the economics of the exchanges to work, they must attract healthy people to balance the risk of those who have chronic diseases.

Enroll America, an administration-backed nonprofit group, opened its “Get Covered America” campaign Tuesday. “We are at a place where…78% of the uninsured aren’t even aware of what’s coming their way,” said Anne Filipic, the group’s president.

Republicans who oppose the health-care law are poised to highlight any glitches in the rollout, and many believe implementation of the law could be a key issue in 2014 elections.

Regulators in New Hampshire have said they received applications from only one carrier, Anthem Blue Cross and Blue Shield, a unit of WellPoint Inc., WLP +0.36% to sell small group plans or individual policies through the exchange next year.

Small-business owner Nancy Clark of North Conway, N.H., said she was disappointed more carriers didn’t apply because Anthem is already one of just two carriers that doctors in her area accept.

“I was hoping more [insurance] providers would step up to the table,” said Ms. Clark, whose firm, advertising agency Glen Group Inc., has 10 employees and has offered benefits to full-time staff since 1997 to attract and retain talented workers. “I had these rose-colored glasses on, thinking that doctors in our area would then accept more insurance plans, truly giving everyone a choice.”

Ms. Clark said she also worried that without more carriers in the exchange, the cost of a group health plan wouldn’t stabilize or go down as she had anticipated. She said her premiums have increased every year by double digits despite her work force’s good health.

Some Democratic members of Congress also are beginning to express concerns about particular aspects of the law relating to employers. Sen. Joe Donnelly of Indiana, who voted for the law as a member of the House, on Wednesday is expected to become the first Democrat who backed the law to support changing a requirement that larger firms must provide coverage to employees working 30 hours a week or more, his staff said.

Joe Trauger, vice president of human resources policy for the National Association of Manufacturers in Washington, D.C., said the trade group’s 12,000 members are “deeply concerned” about the lack of information available about the state exchanges. “It comes up in every meeting I’m in,” he said.

Backers of the law say that over time, competition between carriers and new restrictions barring insurers from setting small group premiums based on members’ medical history will keep costs in check for business owners and enable them to keep offering coverage.

Michael Brey, president of Brey Corp., a toy retailer in Laurel, Md., that does business as Hobby Works, said he was looking forward to being able to shop for a small-group plan from a variety of carriers through his state’s exchange. Currently he can choose from just three carriers. “I have some degree of confidence that it will be a good move for us,” he said.

Mr. Brey also said he expected to get a better deal through the exchanges. He covered 100% of the cost of premiums for his staff when he bought the business in 1992, but he said he can only afford to contribute 50% now, and only for full-time employees.

—Jennifer Corbett Dooren contributed to this article.
Write to Louise Radnofsky at louise.radnofsky@wsj.com and Sarah E. Needleman at sarah.needleman@wsj.com

Choices of Individual Health Insurance Plans in Colorado Under the ACA 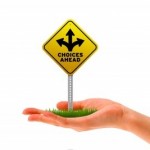 Because everyone likes to have options, they will provide Preferred Provider Organization (PPO) and Health Maintenance Organization (HMO) plans. We also will offer Health Savings Account (HSA) plans, Colorado Young Adult Plans that provide minimum coverage for those under the age of 30, and dental plans.

Thank you for saving us money on our health insurance! We really appreciated your willingness to 'hand hold' us through the process. It can be a daunting task to choose from all the available insurance plans out there. You made it almost easy!

I can't thank you enough for helping me and saving me a significant amount of money. I truly believe that you had my best interest at heart.